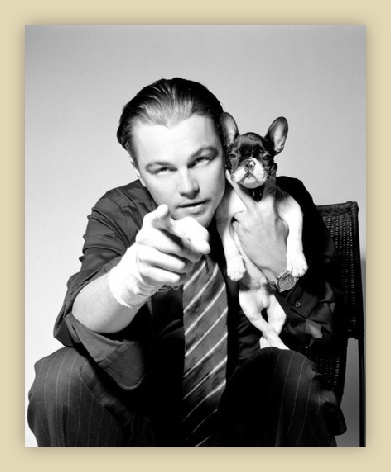 born November 11, 1974) is an American actor and film producer. He has been nominated for three Academy Awards and nine Golden Globe Awards.

That’s it. I don’t wanna waste your time for his career. Probably everybody knows well.

Django is a cute dog, and Leo's had him for nearly a decade now so there's a real bond between them.

French Bulldog Puppies
About us